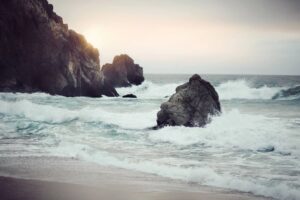 But many of my interlocutors also wondered whether this shows that there is something wrong with them. Doesn’t their lack of interest in the meaning of their life show that their life is meaningless and that they are shallow and unsophisticated? Why can’t they be like those who think about and discuss the meaning of their lives? What’s wrong with them?

I suggest that lack of concern about meaning in one’s life doesn’t show anything problematic about the meaning in one’s life. Consider the following analogy: Many people don’t think at all about their hand as long as it functions well. They are much more aware of their hand—it becomes an “issue” for them—when the hand isn’t functioning properly or gives them pain.

Similarly, not thinking about the meaning of one’s life may issue from the fact that one’s life is sufficiently meaningful. Some people whose lives are meaningful aren’t conscious of this fact, and don’t even sense the meaningfulness, because it’s just there, without interruption or significant tides and ebbs. They are so accustomed to the meaningfulness of their lives that they stopped noticing it.

Steger, M. F., Oishi, S., & Kashdan, T. B. (2009). Meaning in life across the life span: Levels and correlates of meaning in life from emerging adulthood to older adulthood. Journal of Positive Psychology 4: 43-52.

To read the full article, click Does Disinterest in Meaning Reveal a Meaningless Life?.