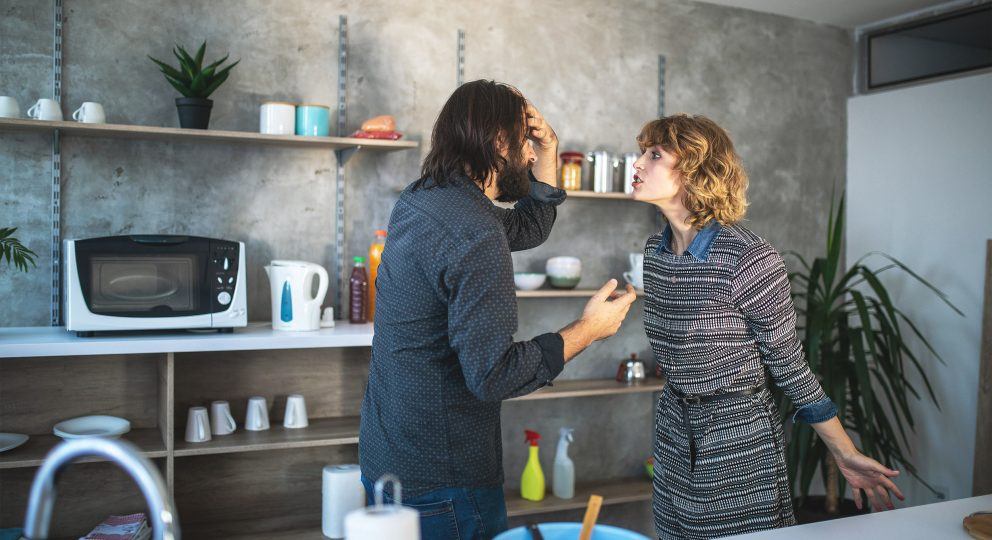 Research shows couples can move forward after an affair. But how?

The post Rebuilding After Infidelity appeared first on The Gottman Institute.

Infidelity is a tale as old as time. This form of betrayal exacts a significant toll on a couple’s relationship and often emerges as the symptom of a larger disease: disconnection. Yet, despite its prevalence, infidelity continues to be a widely misunderstood phenomenon.

Affairs can be viewed as the warning light that flashes on a car’s dashboard; it indicates the presence of a leak or larger problem that needs attention. Just as with cars, it is by becoming aware of the underlying issues that precipitated the affair (and implementing corrective strategies) that couples can begin to rebuild their relationships.

When partners begin to pull away from one another (whether it be emotionally, sexually, or both), the potential for an affair to occur increases. With the natural stressors that accompany any relationship, recurrent conflict can become the wedge that drives couples apart. In an attempt to rekindle this connection, one partner may turn to a third party.

Should I Stay or Should I Go?

Following an affair, the betrayed partner experiences a rocking of their world and may be left wondering, ‘Should I stay or should I go?’ Although recovering from infidelity poses many hurdles, it does not necessarily mean that a couple’s relationship is doomed.

In returning to the car metaphor, an affair is often the flashing light that says, ‘Help, our relationship can no longer continue this way!’ When faced with the discovery of infidelity, couples will need to determine if they want to look under the hood (see where the leak began and make the necessary repairs) or choose to throw in the towel.

In jointly making the decision to work on the relationship, a good first step is seeking couple’s therapy and examining where cracks developed in the foundation. These cracks are often the result of destructive patterns of interaction.

The means through which couples interact during instances of conflict are highly telling of long-term relationship functioning. According to Dr. John Gottman, the Four Horsemen of the Apocalypse are considered to be the proverbial destroyers of relationship satisfaction and can be the slippery slope that leads to infidelity. These four negative communication styles include criticism, defensiveness, contempt, and stonewalling (which occurs when one partner shuts down in response to emotional flooding).

Through his research, Dr. Gottman determined that newlywed couples who displayed the Four Horsemen were, on average, more likely to divorce 5.6 years following the wedding. In contrast, couples who didn’t have escalating conflicts but exhibited emotional disengagement divorced 16.2 years after the wedding.

Couples who present to therapy following an affair often display the Four Horsemen during conflict discussions. Certified Gottman Therapists are specifically trained to help couples find more adaptive means to communicate during these occurrences. In the face of the Four Horsemen, these therapists help clients learn and implement the antidotes to these destructive patterns of interaction:

Once couples have learned the necessary strategies to help them communicate more effectively, they can begin the process of healing.

Rebuilding After the Apocalypse

An affair is a cataclysmic event in a couple’s relationship. For the betrayed partner, the initial shellshock response may include anger, sadness, pain, and humiliation. These symptoms closely mimic post-traumatic stress disorder and can even linger long after the infidelity was discovered. Despite this, it is possible for couples to rebuild and move forward.

Relationships don’t exist in a vacuum; therefore, a necessary step to rebuilding after an affair is for both partners to commit to preserving the relationship. In order to do so, the betrayed partner will need to determine if they are able to forgive. This act is crucial to the long-term functioning of the relationship. Of the Four Horsemen, Dr. Gottman determined that harboring contempt is highly predictive of relationship dissatisfaction and ultimate divorce.

Moving forward from an affair is no simple task, but it can be achieved! This process will be contingent upon the couple’s willingness to examine the ways in which they interact. Some questions to consider include:

In rebuilding after an affair, Gottman Therapists work with couples to help them engage in healthier conflict discussions, turn towards one another, and increase emotional attunement. By strengthening these areas, couples significantly increase their chances for long-term relationship satisfaction and growth. Consider taking the first step today by scheduling an appointment to talk to a therapist about your situation.

To read the full article, click Rebuilding After Infidelity.